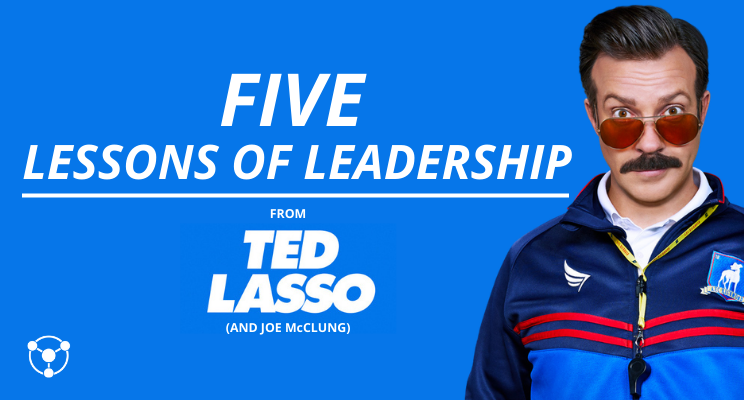 I am not the guy that will binge-watch the latest Netflix sensation. I’m still on Season 1 of Breaking Bad, The Walking Dead, and Peaky Blinders! However, the recent Apple+ series Ted Lasso has captured my attention… and not just because of the witty one-liners or intriguing plot lines, but because of the unique leadership lessons that Ted Lasso exhibits.

Ted represents a leadership style that is not usually celebrated in pop culture, which tends to lean toward the stereotypical bumbling fool like Michael Scott or the iron-fisted leader Gordon Gecko (Yes, I am a child of the 80’s). Ted Lasso represents a style of leadership that makes an impact even though he’s not the subject matter expert. He doesn’t even know the game yet has the type of leadership style that can truly build an organization and create sustainable success. I want to share with you the top leadership lessons that I learned from Ted Lasso.

1.     Humility: Throughout the show, it is never about Ted. He is constantly called a “Wa$k*r” and just rolls with it. He uses a version of self-deprecation to make many of his points. He also shows humility through his vulnerability as he openly struggles with his own marriage and personal life.

2.     Put People First: He understands that no one cares what you think until they think that you care. He gets to know each member of the team including the ball boy who no one had ever previously called by name. He takes the time to understand their “why” as epitomized by understanding Jaime Tart’s desire to please his father.

3.     Leading Up: He has a boss that wants him to fail, but he consistently breaks down the barriers and connects with her by going above and beyond to have daily “Biscuits with the Boss”.

4.     Empowering: He gives the authority back to his team and he pushes them into the fray, knowing they will rise up, but may never step up on their own. A great example of this is when he asks Nathan, the ball boy, to tell the team what he wrote directly to them.

5.     Listening: Ted not only takes the time to hear the concerns and advice of his team and advisors; he acts on it. He begins with the simple task of fixing the water pressure in the showers and even embarks on the absurd task of addressing the “haunted” training room with an elaborate ritual to rid it of the spirits. He listens and delivers as a leader. (I think I may have just called them crazy).

Ted doesn’t lead from an area of expertise, which is what I did when I initially started to lead in business. He also doesn’t lead with a goal just to win, which is a common refrain for coaches and leaders. Instead, he leads with an intent to create the best people possible and understands and believes that winning happens as a by-product of his leadership.

Thank you, Ted Lasso and the team of writers, for reminding us who true, sustainable, inspiring leaders are, and for all of the lessons along the way.